Bladder cancer is the presence of cancerous cells in the bladder. Bladder cancers are examined in many subcategories. Transitional epithelial cell carcinoma is the most common type. This type of cancer, which develops in epithelial cells, can also be seen in parts with the same type of cell, such as the urinary tract, kidneys, and ureters. Long-term irritation and infection are found in squamous cell carcinoma. It occurs due to squamous epithelial cells. In adenocarcinoma, glandular cells that produce secretions in the bladder are the source. The job of these cells is to line the bladder wall and make mucus. In sarcoma type, the muscle cells of the bladder are the beginning and tend to spread to different parts of the body. The type of small cell carcinoma that occurs in neuroendocrine cells usually develops rapidly.

What are the symptoms of bladder cancer?

If you have the above-mentioned symptoms, it will be of great benefit to consult a specialist doctor without wasting time. In general, more than genetic factors, smoking for more than 20 years and being over 50 years old can be counted as factors. In bladder cancer, as in other cancer types, imaging tests such as computed tomography (CT), magnetic resonance (MR), sonogram, intravenous pyelogram, and bone scan can be used. Cystoscopy can be applied into the bladder to detect the affected region. Urine pap test, defined as urine cytology, is also an important part of evaluation. The abdomen and pelvis are examined and a tumor search is done. In the blood test, the general health status of the individual is checked. The function of the kidneys is examined by analyzing the blood cell count. Cancer cell control is performed together with the urine test. It plays an important role in early diagnosis, but it may not be sufficient on its own. In cystoscopy, which is one of the most commonly used methods, imaging is performed into the bladder with a thin tube called a cystoscope. By examining the bladder layer, a biopsy can be taken from the region where the tumor is suspected. This document is examined in pathology laboratories and a definite conclusion is reached.

Abnormalities in the excretory system are detected by ultrasonography. In this method, sound waves are used and cross-sectional images of the body are created. In computed tomography, the presence and the spread of cancer is analyzed by injecting contrast material into the vein and obtaining images of the kidney and bladder. Radio waves and strong magnets are used in magnetic resonance. Soft tissue images of the body are obtained. The energy from the radio waves is absorbed and transferred to the region where the tumor is suspected. Detailed pictures are created through the computer. In bone scintigraphy, it is checked whether the cancer has spread to the bones. In this method, radioactive material is given.

How is bladder cancer treated?

In this type of cancer, methods such as surgery, chemotherapy, radiotherapy and immunotherapy are used.

Surgery is a common method in this cancer. The type of operation depends on the stage of the tumor and especially on its type. Surgery is a common treatment for bladder cancer. The type of surgery to be performed mostly depends on the grade and type of tumor. Transurethral resection in the early stage, radical cystectomy for disseminated bladder cancer, partial cystectomy in small and single-site spreads, radical cystectomy with extended lymph node dissection if it has spread over a large region and in several places, and neobladder surgery in which a neobladder is performed in a part of the Intestinal are just a few of the operations. .

High-energy rays are used and it is aimed to kill the cancerous cells in the determined area. It can be used in combination with chemotherapy to increase efficacy. It is performed as the main treatment in early-stage bladder cancer that cannot be operated. Radiotherapy is used to kill any remaining cancerous cells after limited surgery. It is applied as a first step to advanced cases or to keep side effects minimal. Radiotherapy is applied on an outpatient basis and the rays are targeted to the cancerous region from outside the body.

It is a drug treatment given to destroy cancer cells. Different combinations of chemotherapy are used in bladder cancer with the potential to metastasize. Chemotherapy can be applied locally. At this point, it is given directly into the bladder instead of intravenously. The advantage here is that the chemotherapy treatment does not reach different parts of the body. Side effects such as irritation and burning sensation in the bladder can be observed in chemotherapy applied as cures.

It is aimed to strengthen the immune system and fight cancer cells. Immunotherapy can also be applied to prevent recurrence. Today, there are many studies on immunotherapeutic drugs. Generally, three different methods are used. The tuberculosis vaccine is the first and kills cancer cells by activating the immune system. The second is interferon, a substance that increases the response of the defense system. Finally, they are checkpoint suppressive drugs, which are new generation therapeutic agents. Side effects may include weakness, nausea, loss of appetite, urinary tract infection.

Factors that initiate the cancerization emerge in the bladder more and more., Agents targeting these changes are being developed as They can be used in cases where chemotherapy does not show enough effect and they have less side effects than chemotherapy drugs. Drugs that target tumor growth are in this category and are also called anti-angiogenesis drugs. Today, there are many targeted drug studies.

It is a treatment method applied by adding and changing cancer cells or genes in other cells in the body. It is aimed to infect cancerous cells by positioning the modified virus in the bladder. Although gene therapy approaches are new, they are developing day by day.

What is Ovarian Cancer?

What is Esophageal Cancer?

What is Testicular Cancer?

What is Ovarian Cancer?

What is Esophageal Cancer?

What is Testicular Cancer?

What is Colon Cancer?

What is Stomach Cancer? What are the symptoms? 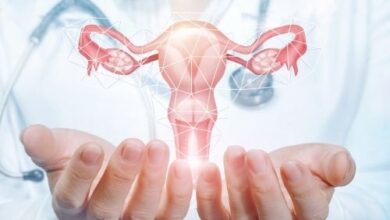 What is Uterine Cancer?